This is part 3 of my buying frenzy! When you document it like this, it does make you realize that you may have gone a little overboard. At least I still paid all my bills! So next in my photo reveal is some new guys. Never can have enough of those, at least that is what my girls have been telling me (my dolly girls, not my daughters!). 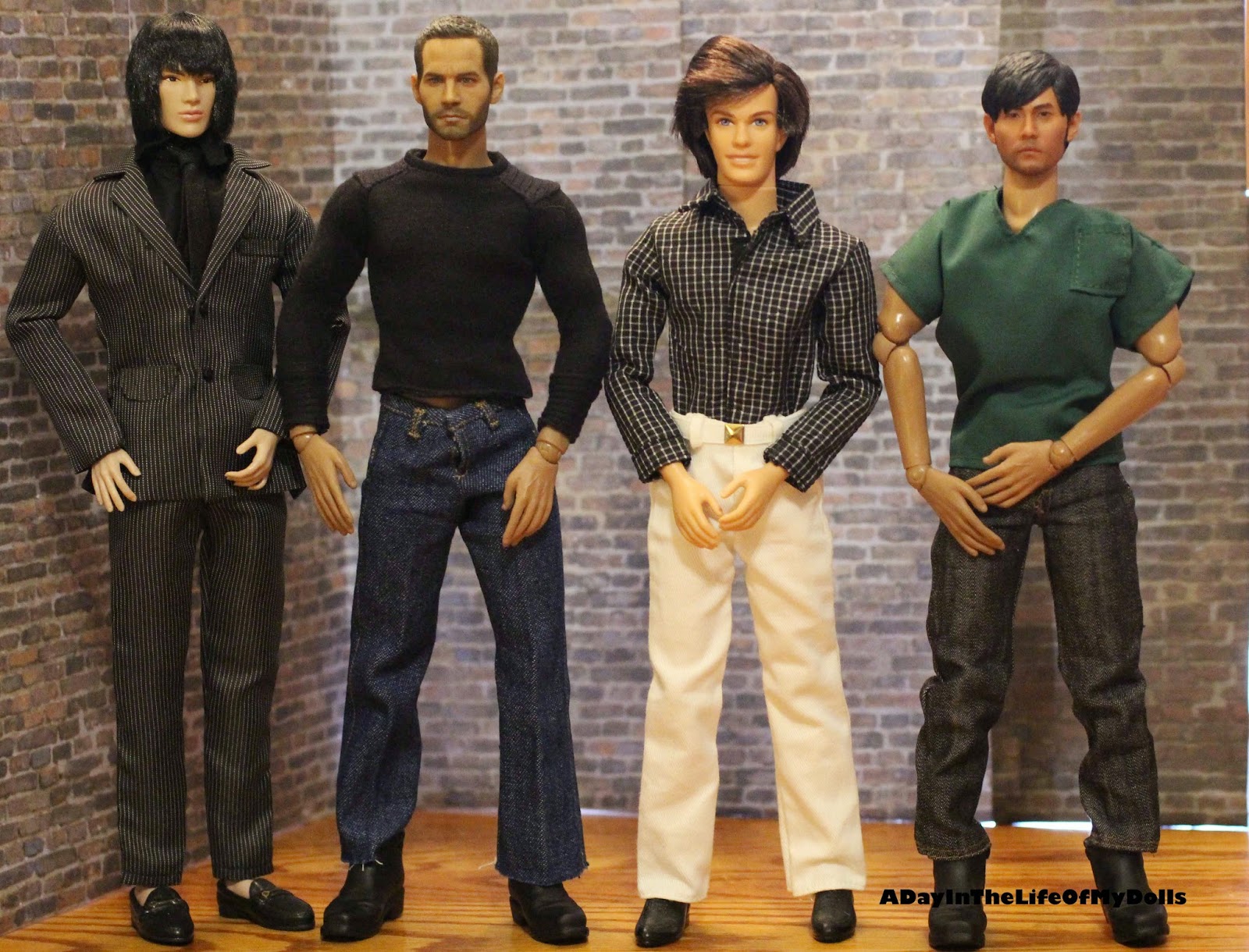 OK, yes I know, I already introduced Tenzin. He is here for height comparison (and cuz he is so darn handsome!). Next I ordered a Paul Walker head sculpt from eBay. I also found a COOMODEL taller body on eBay. It is a really nice body. It almost makes him as tall as FR hommes!. I have been wanting the Pop Life Ken for quite a while now, however, I could not justify what people were asking for him on eBay and Amazon. Then I found this guy, nude for under $100. He is new, just undressed. I think I found some nice looking clothes for him and he looks pretty dapper! Last but not least, I also ordered a custom Jay Chou head. I had order 2 of the COOMODEL tall bodies, but they send me one regular body instead. I was going to return it, but they refunded half the price of what I paid for it, so I kept it for Jay. All in all, I think this body suits him.

I also got a few new ladies! 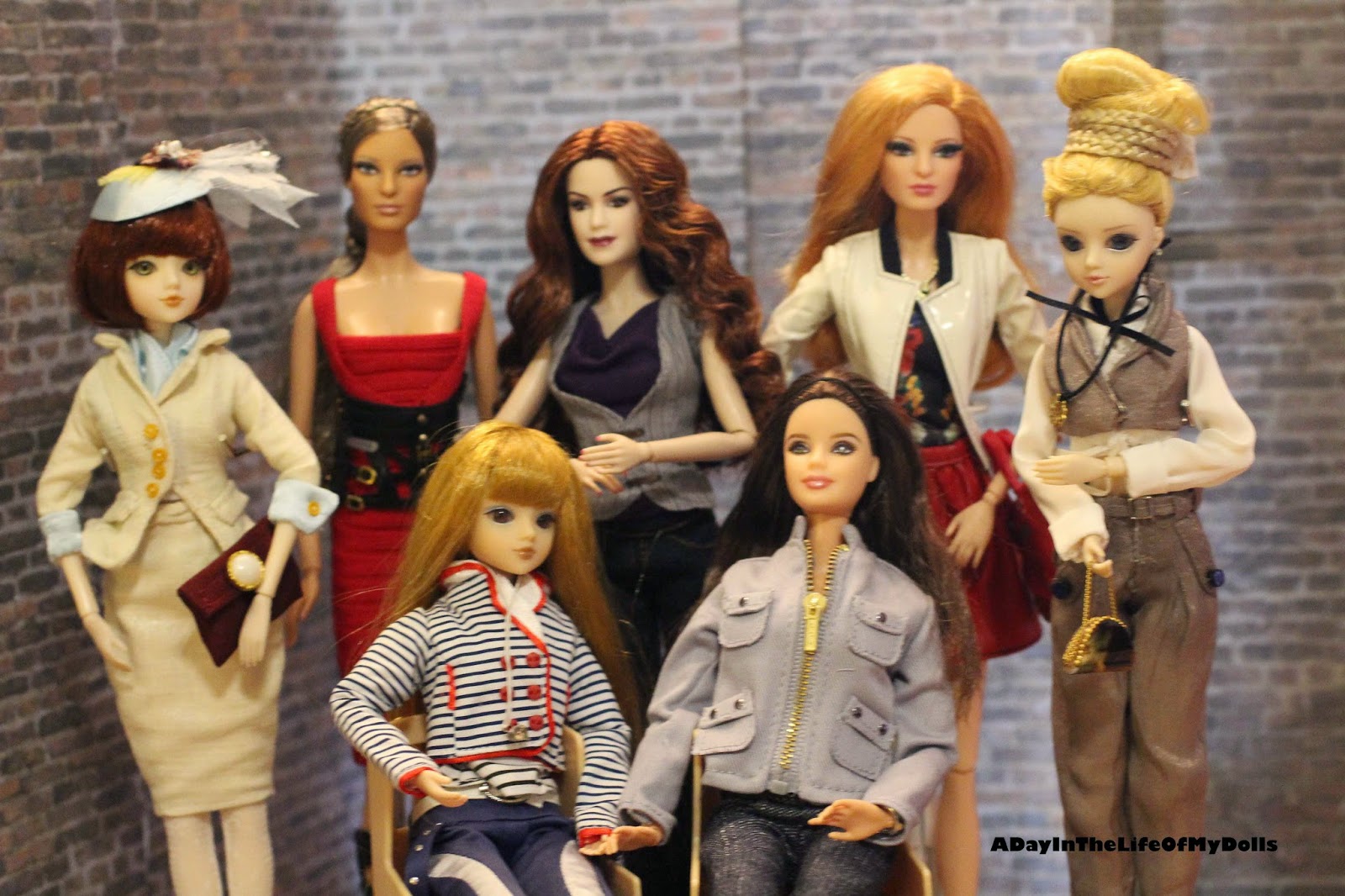 I got 3 J-dolls, the Herve Leger Barbie and 2 Twilight dolls. I have shown you the red headed Barbie Red Carpet doll before, but I got a new outfit for her from a Barbie Style 2-dolls pack from Costco, and I wanted you to see the new threads! 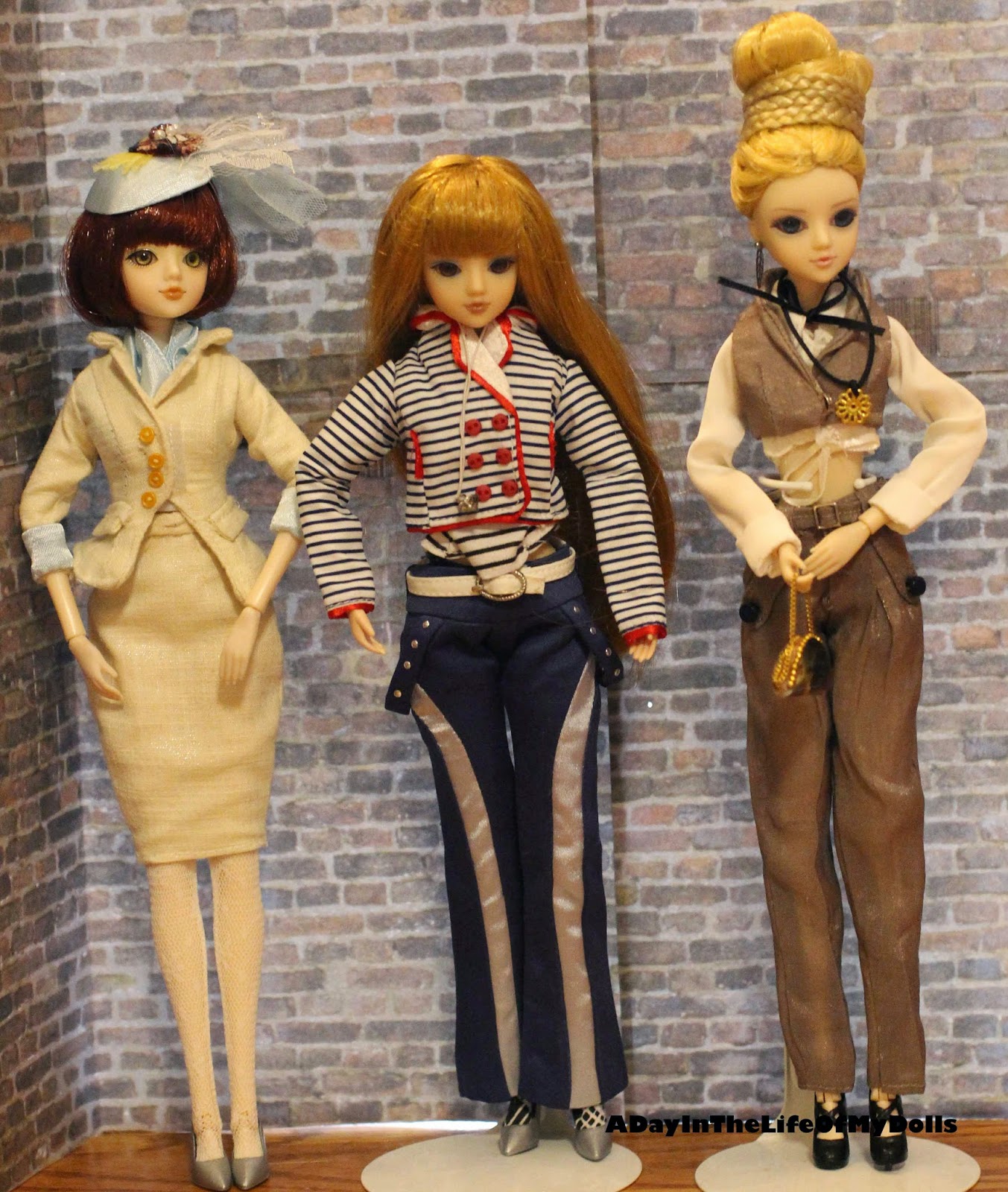 The J-Dolls actually arrived in September, but since I haven't shown them before, I am including them. From L to R: Galeries St. Hubert, Marche Jun Planning and Friedrichstrasse. 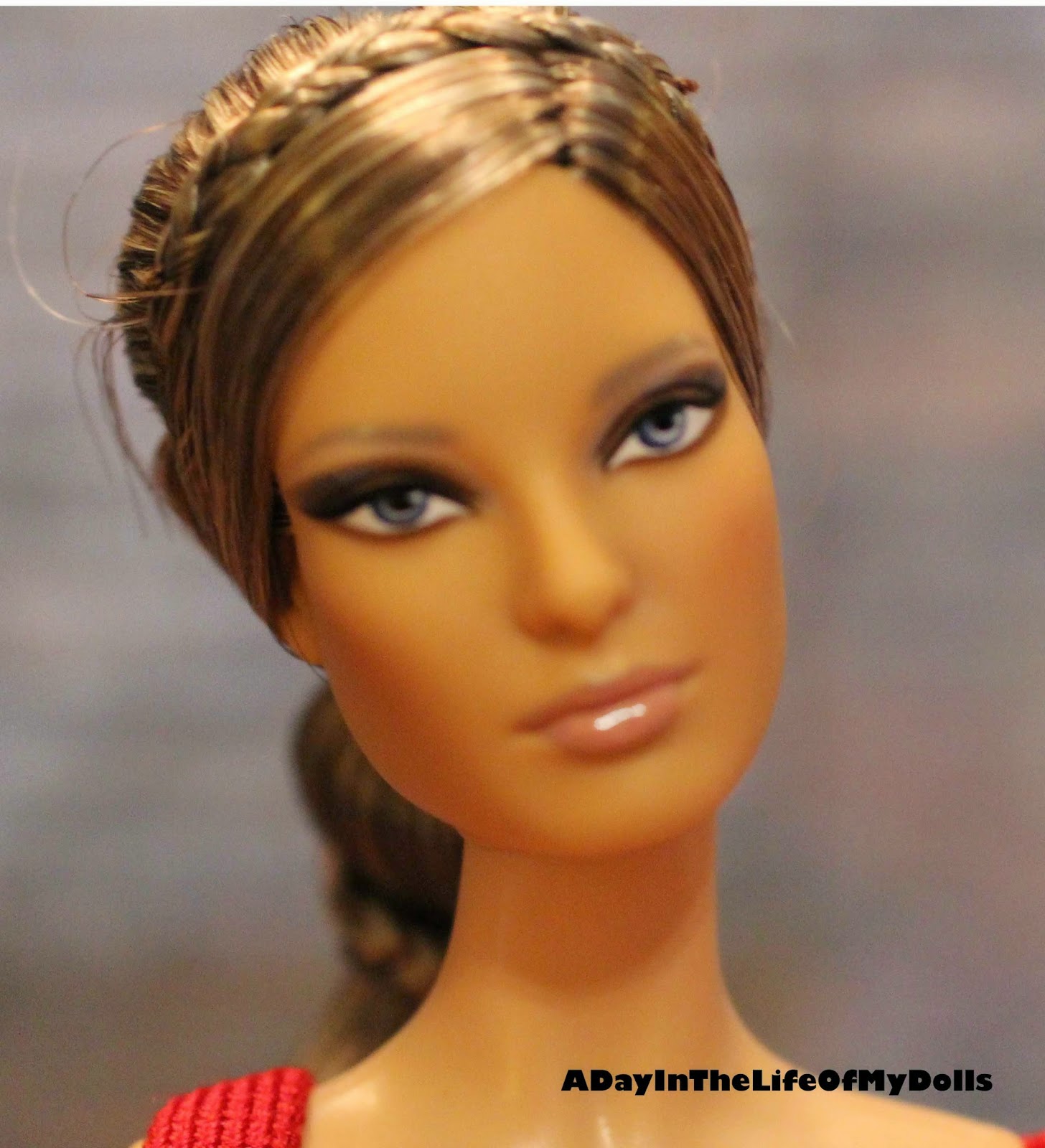 Herve Leger Barbie is next. I rebodied her on the Blond Pop-Life Barbie body. I think this doll is just beautiful and I love the clothes she came with. She was on sale, plus I used my December Barbie Collector coupon! She will definitely be in the upper class or model class of Hanaly Corners. 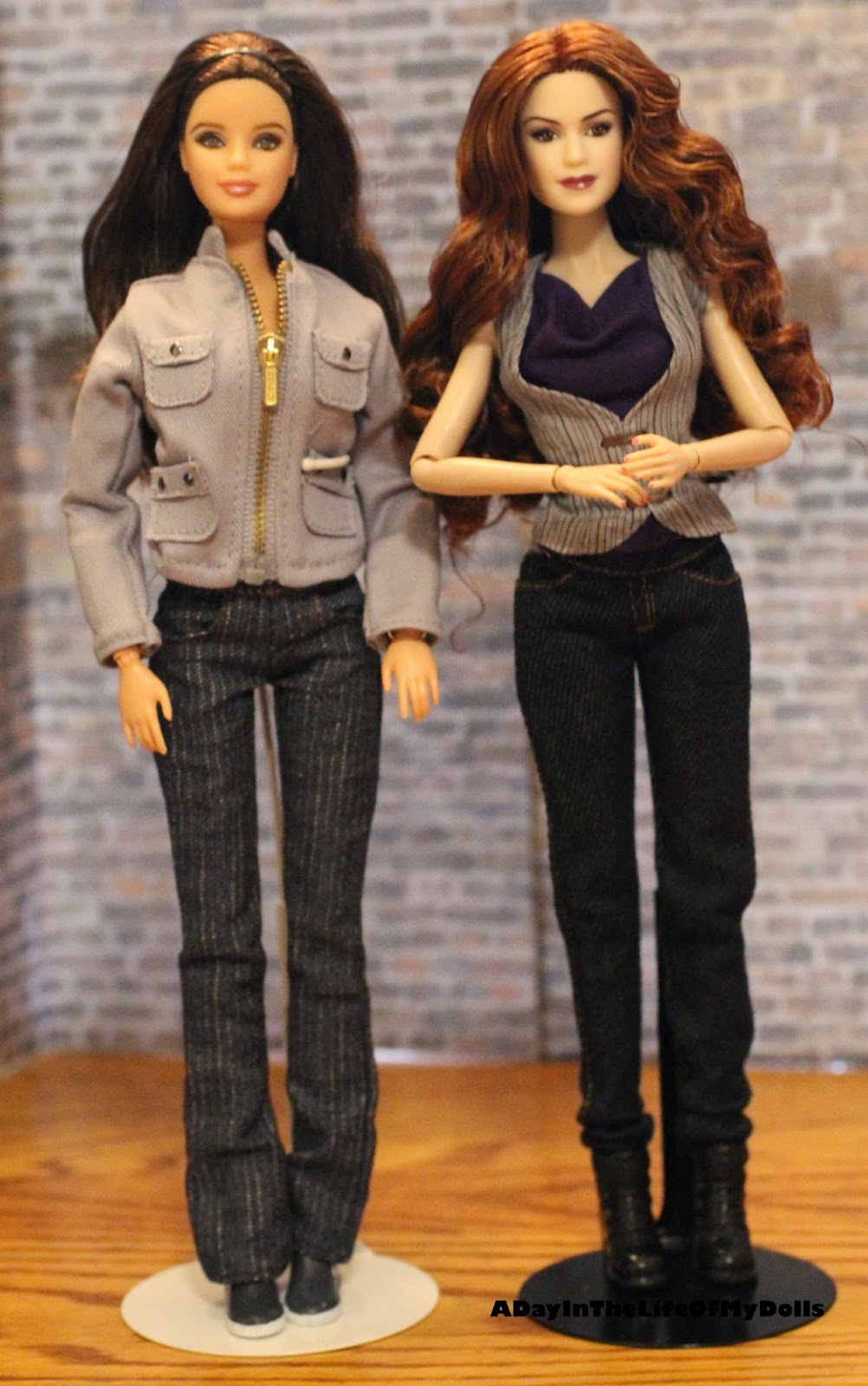 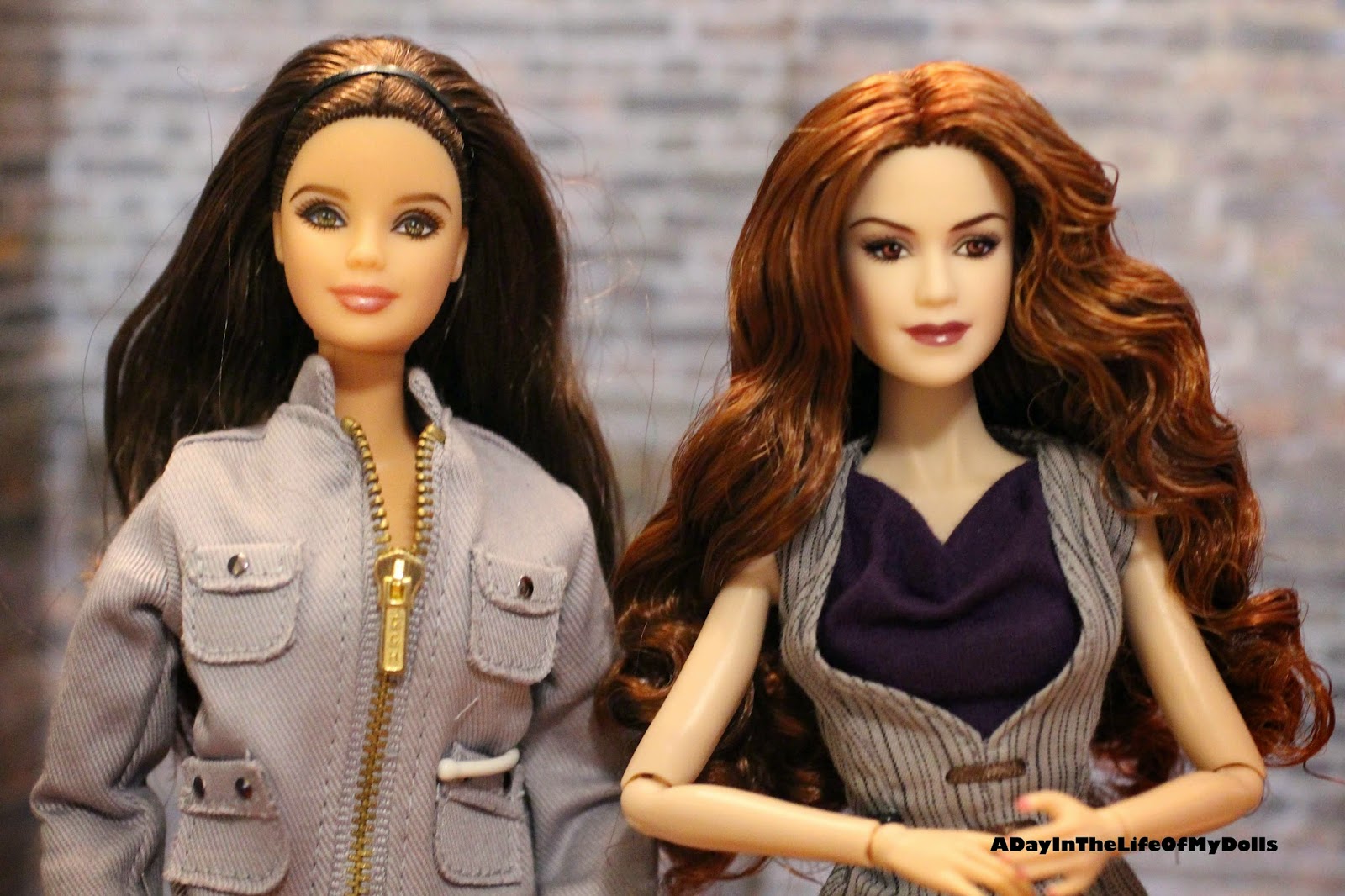 Twilight Bella (pre-vampire), and Victoria.  They came together. I rebodied Bella on a 2013 Barbie Glam Style body and Victoria is on a Dynamite girl pale body. 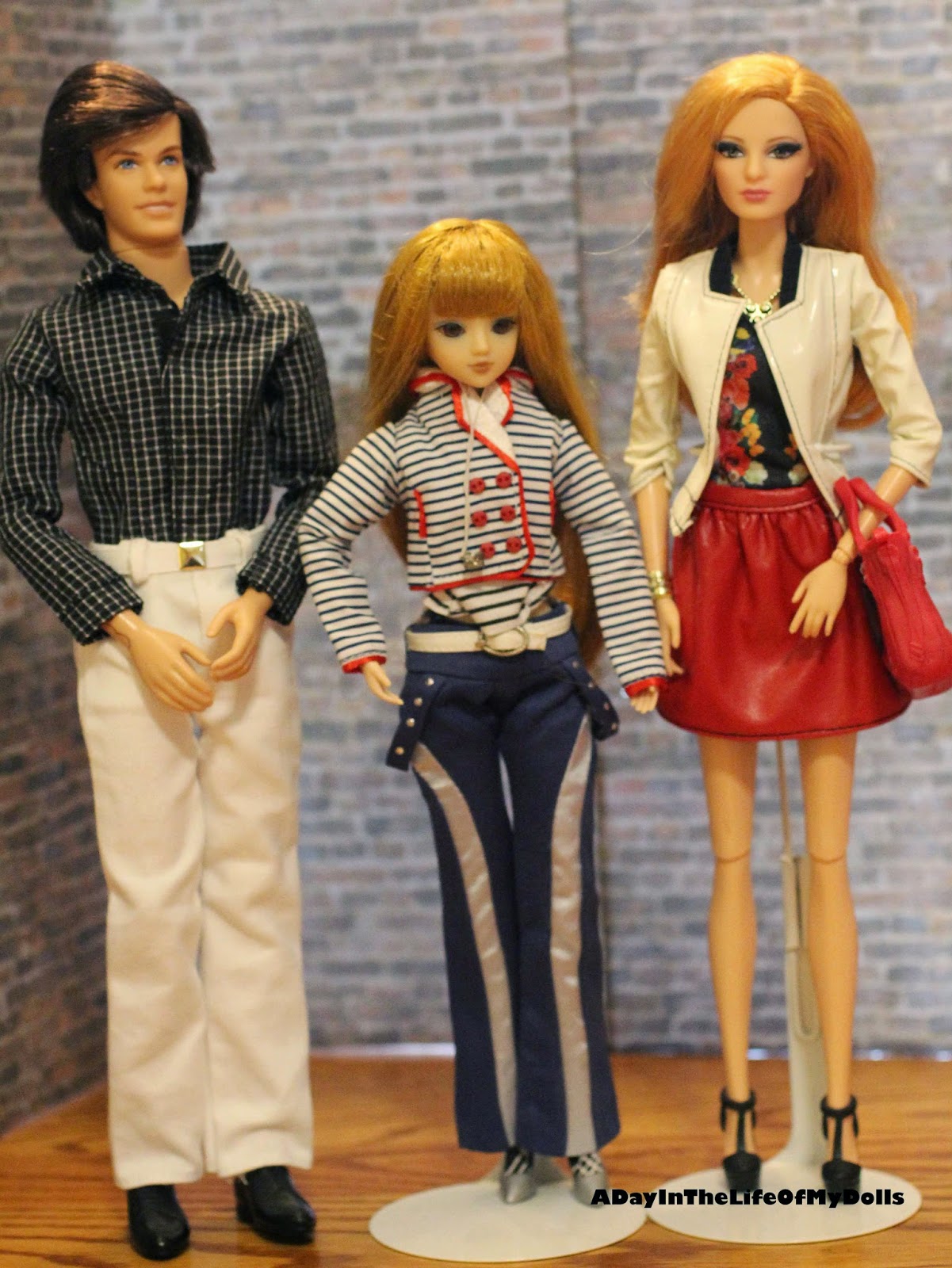 Pop Life Ken has been teamed up with the redheaded Barbie Red Carpet doll and the Marche Jun Planning J-Doll to make up a family. I am still working on their back story. 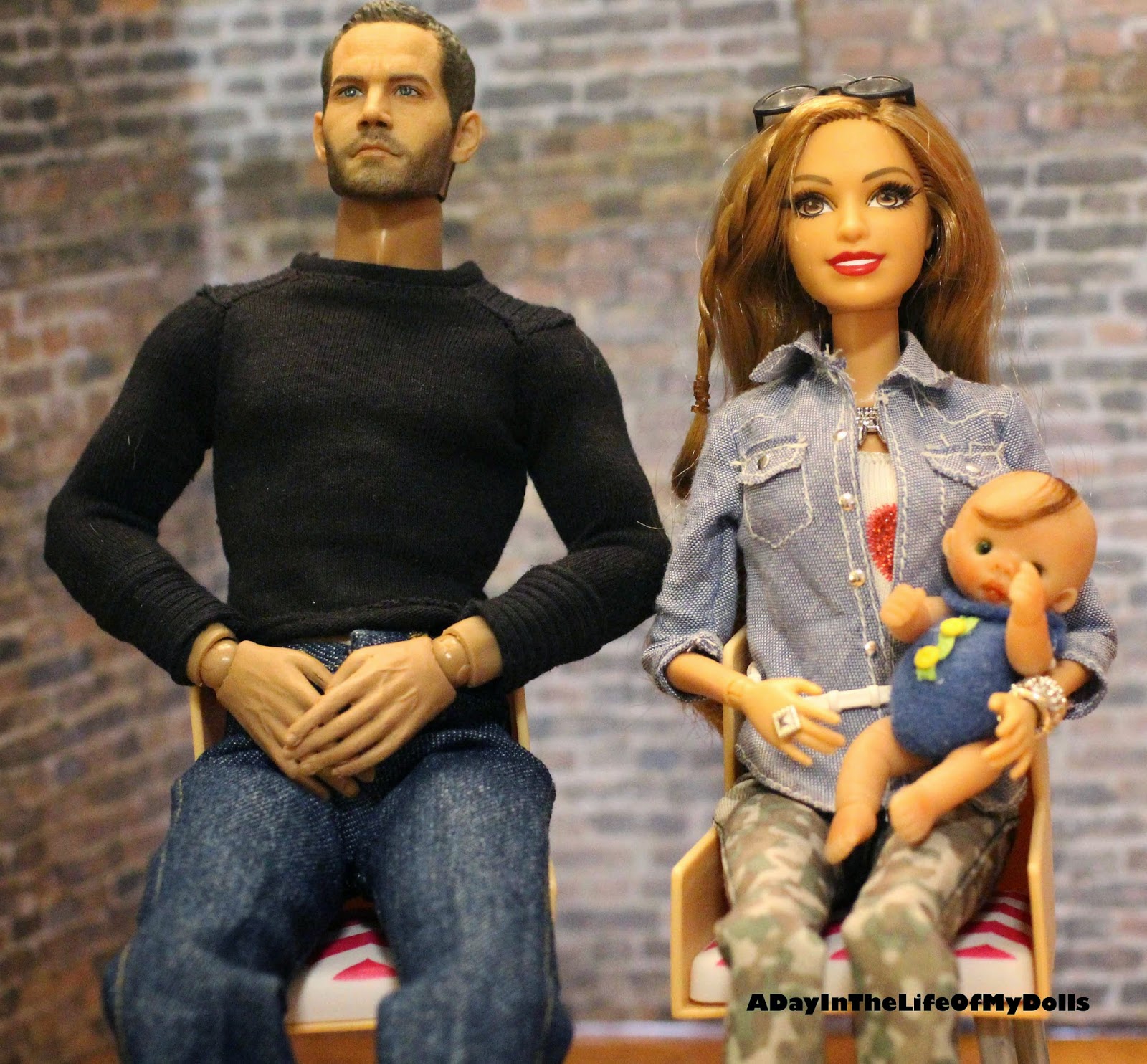 Paul Walker has been teamed up with the Costco Summer from the doll package (she is rebodied) and Joshua from "Lovely Little Babies" on eBay to make the Walker family. 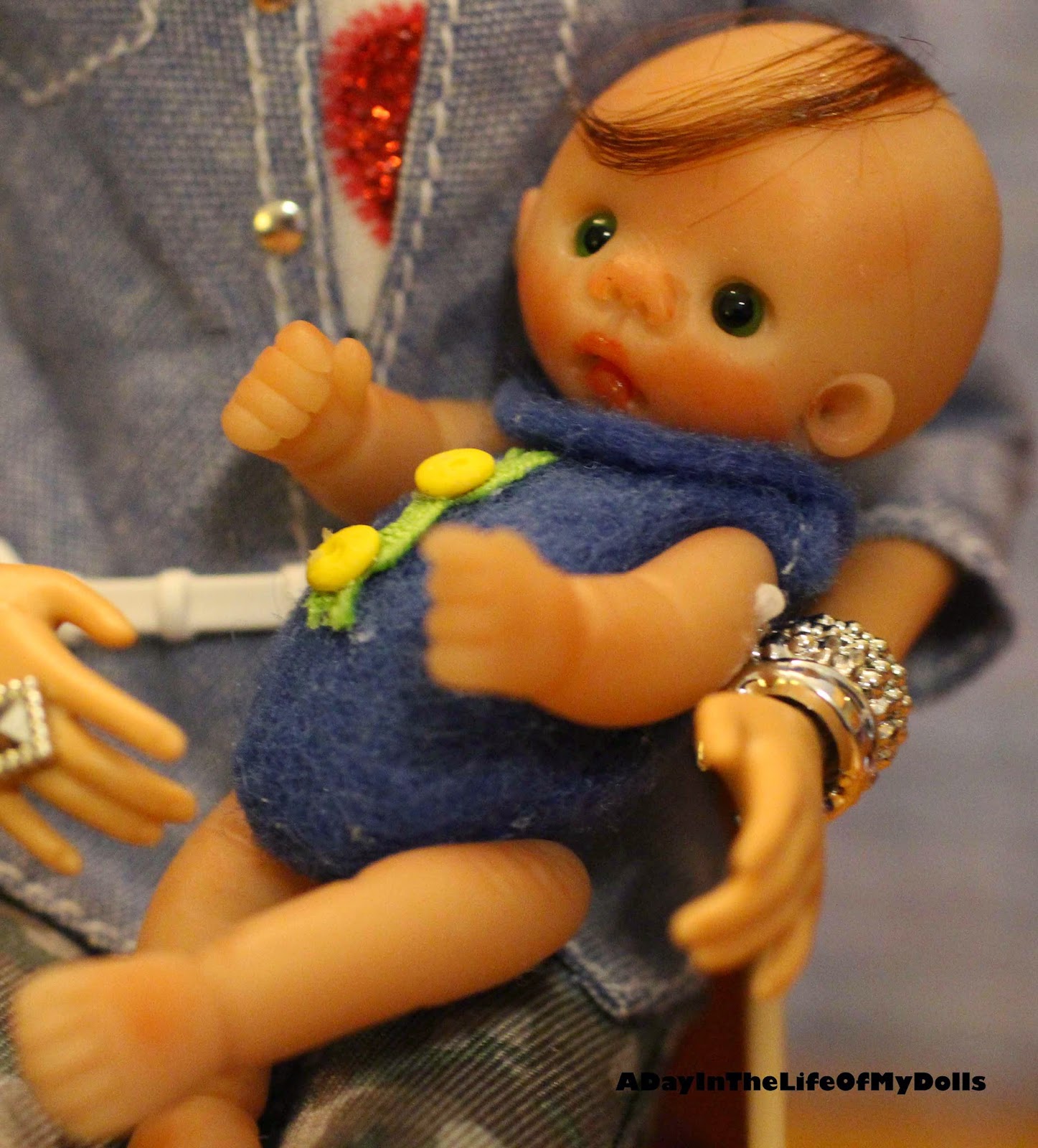 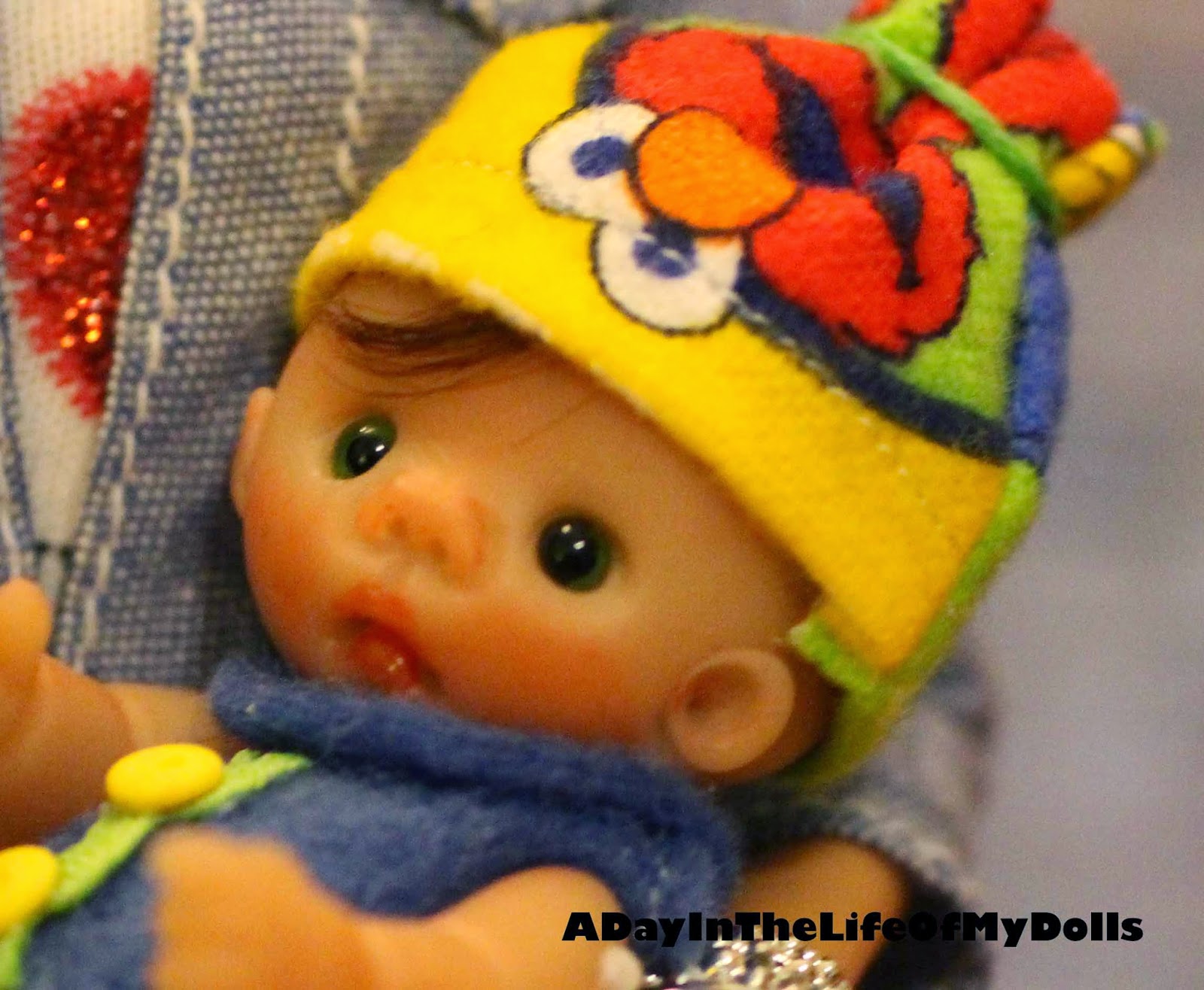 Baby Joshua is made by the same lady that made Phoenix in Miranda Z's One Sixth Avenue blog. She does a wonderful job! I don't think he will be my last baby from her. 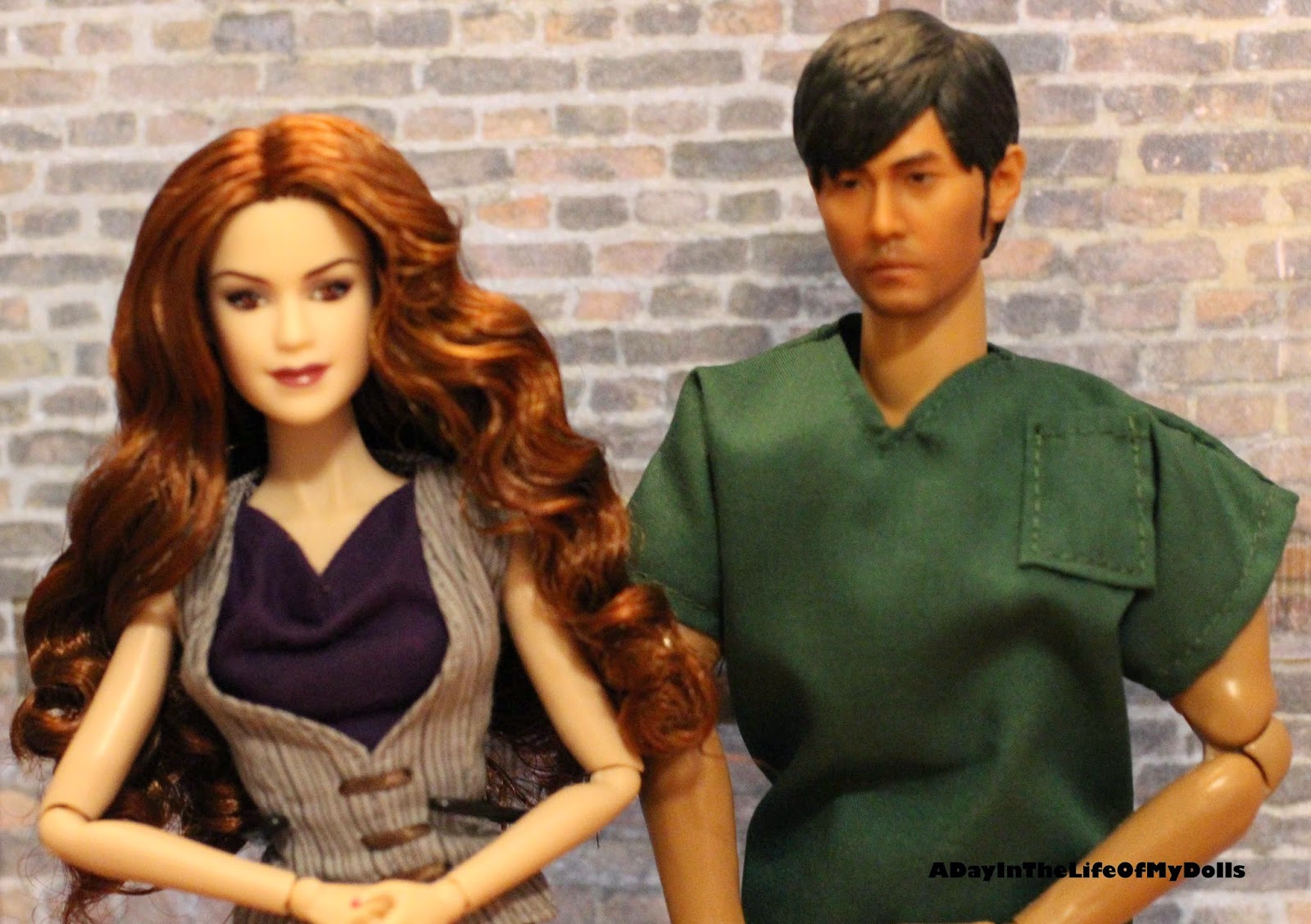 So far, Jay Chou is unattached, but he is thinking about asking Victoria out. 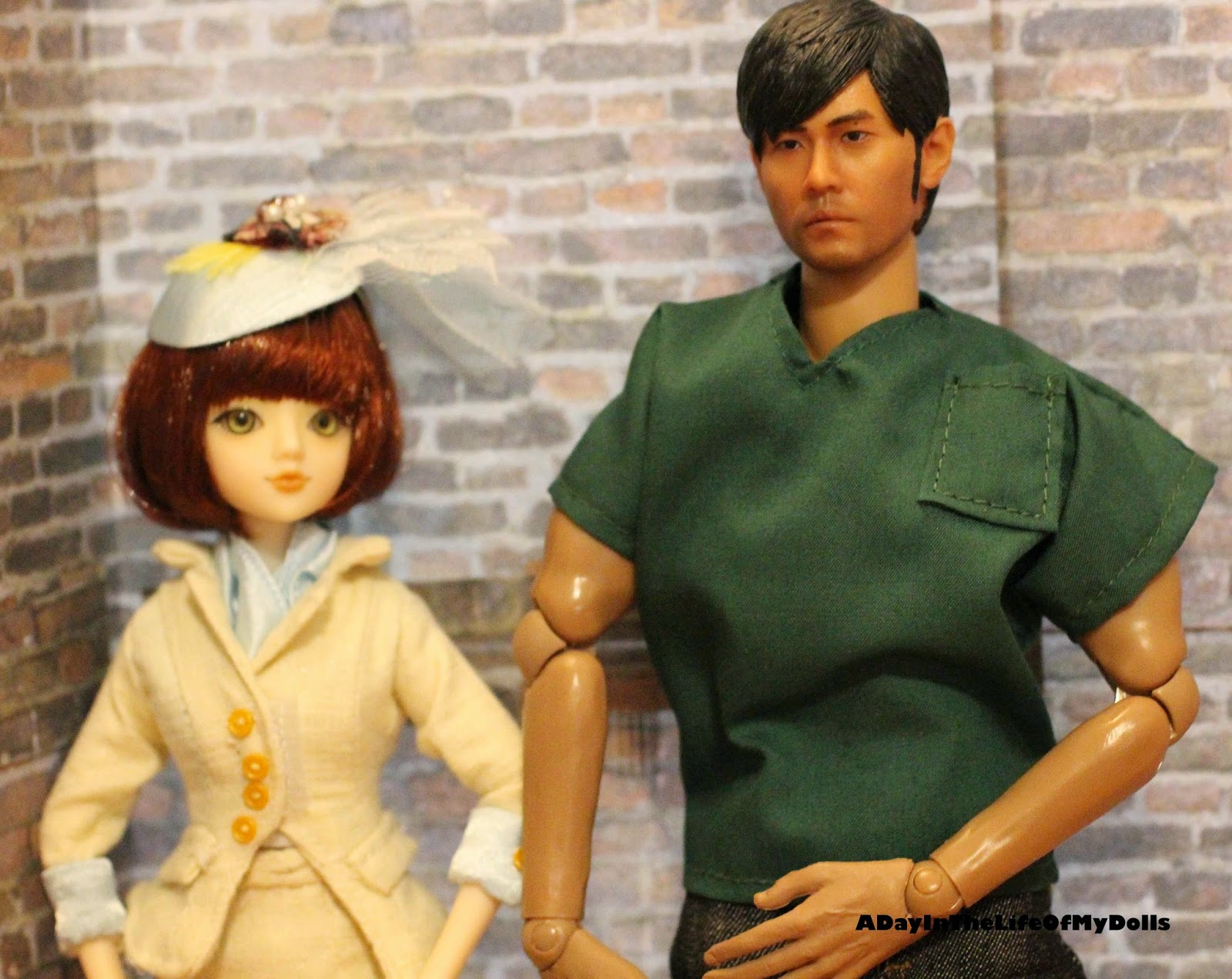 He then spots this J-doll and thinks she is also a very pretty girl. I guess he kinda likes redheads! Hmm, Jay, you better put a suit on if you are gonna ask her out! 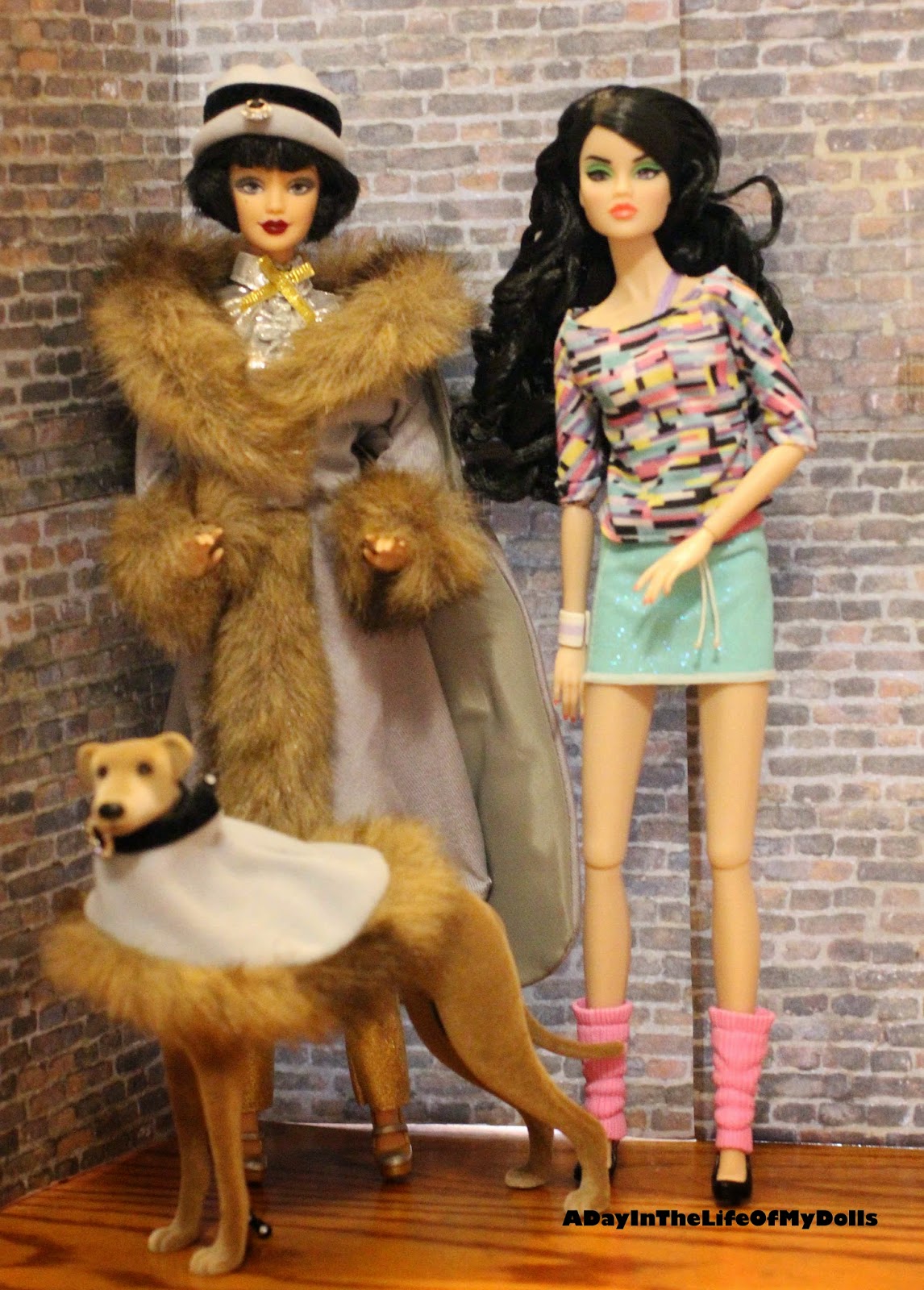 I almost forgot about these 2 gals. Society Hound Barbie (she is rebodied on an Elvis Barbie body) and Dynamite Girls London Calling Dani. These 2 are mother and daughter. 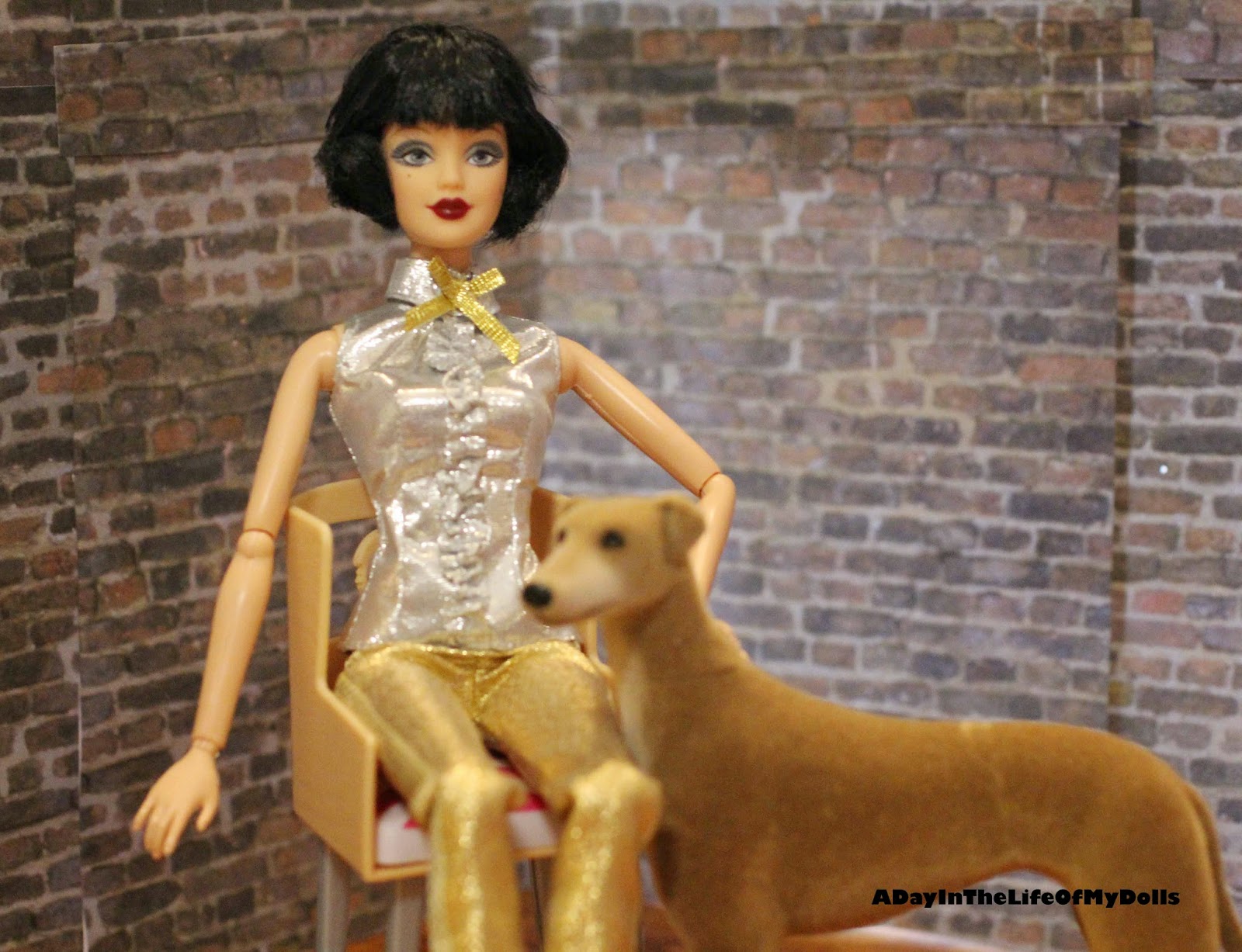 Society Hound Barbie loves her dog! Especially since the disappearance of her husband. I am sure there is an interesting story to tell about that. I will let you know when I come up with a storyline for them! 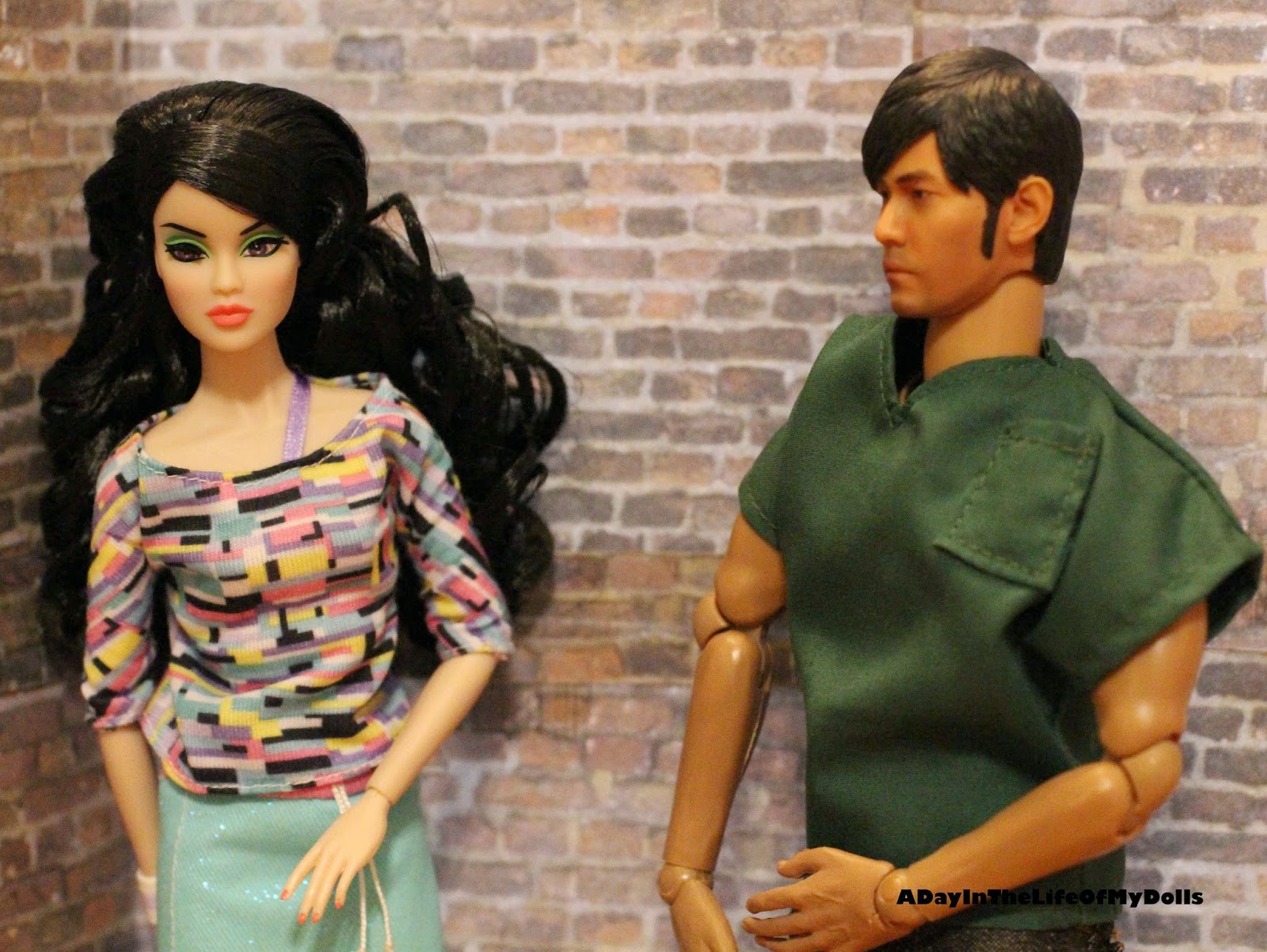 Jay did a double take when he saw Dani in the room -- "Oh, another lady for me to ask out. I think I am gonna like it here in Hanaly Corners!"

Hope you all enjoyed this! I look forward to your comments. Thanks for stopping by.
Posted by Phyllis at 2:54 PM