A New Year, A New Dryer!

2014 ended with a bang! Well, actually a fire. On New Year's Eve, my oldest daughter was home while my youngest and I were out getting last minute things for our family gathering which was to take place at our house on January 2nd. She had to work on New Year's Day in the morning, so she was washing her uniform. She put it in the dryer (of course) and shortly after it started, she heard a clunking noise. She ran down to the laundry room only to discover that the dryer had caught on fire! She called me frantically (we had just arrived at the store). She told me that flames were coming out of the back! I told her to call the fire department and get the heck out of the house! I then jumping back in my car and we raced home! She was worried that she would lose her uniform for work, so she had pulled out the dryer, and took her clothes out. Since she turned it off, the flame also stopped. She did call the fire department, and of course, they told her the same thing I did - - - get out of the house. By the time we arrived home, she was totally freaked out and crying. The fireman arrived shortly after I did. The flame was out, but they could see that the fire was not caused by lint, but by the bearing in the motor. They assured her that she absolutely did the right thing and that her quick thinking saved our home. The firemen removed the dryer from the house in case it was still smoldering. Since it was a holiday, we did contact the insurance company, but they did not come out until the Tuesday January 6 only to tell use that because of my daughter's quick thinking, there wasn't enough damage to cover my deductible. So all we had to do was get a new dryer! It arrived yesterday. Because of New Year's sales, we were able to get a nicer one than the old one. Here it is: 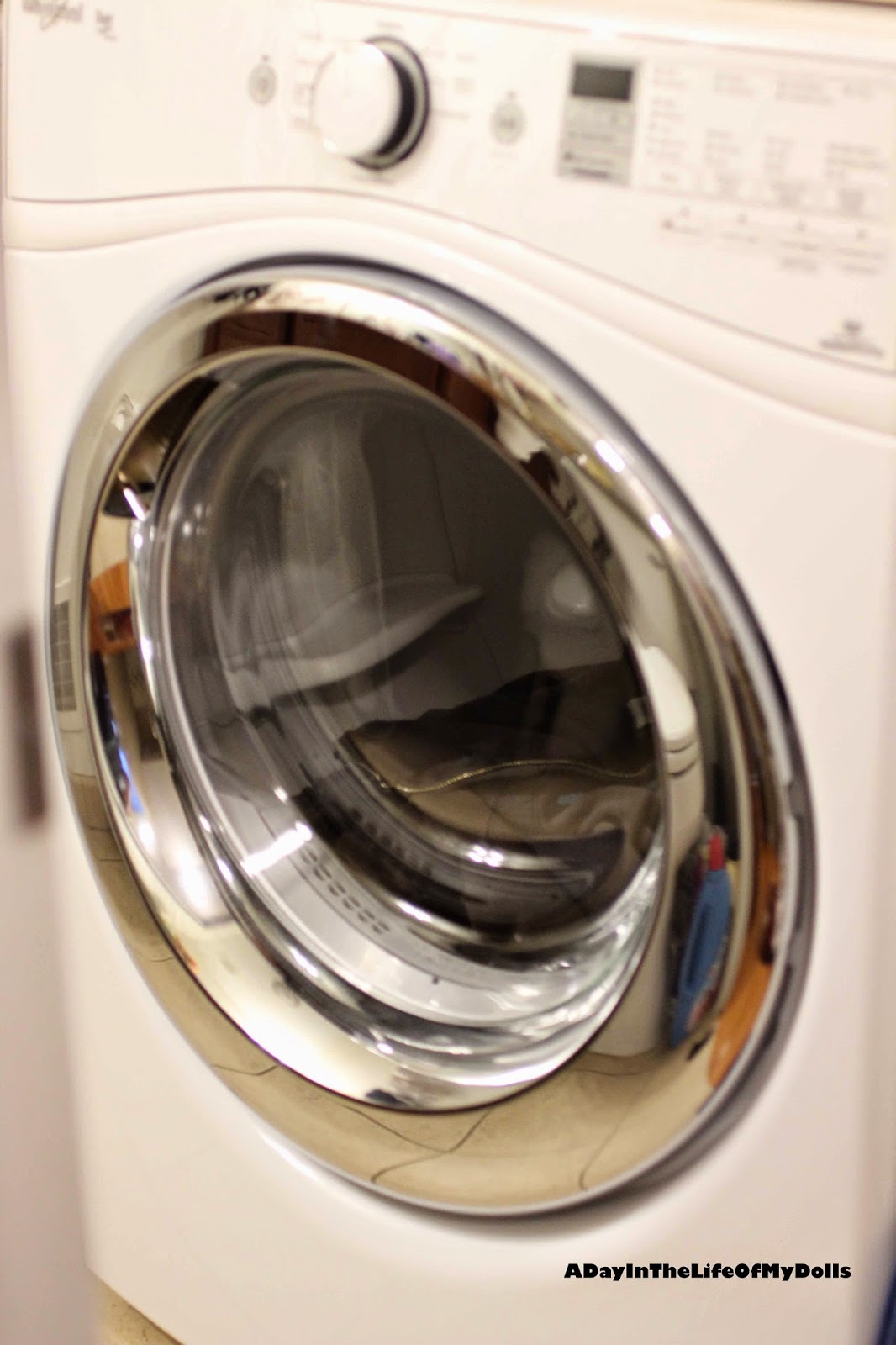 I love it! It is a new Whirlpool Duet steam dryer. Because we were without a dryer for the last week and a half, we were unable to do laundry, so I have been doing laundry yesterday and today. It is so much nicer than my old unit that I now wish we could have also gotten the companion washer. Oh well, maybe later!

We had a great holiday with my family. It was nice to see everyone, but I was also glad when everything settled down. With all of the excitement, I did not get much of a chance for any doll related stuff, but I did get some other new dolls after Christmas which I will share in my next post.

I am just happy that the fire was minor, no one was hurt and the firemen were really cute!

We did have a lovely Christmas. My daughters got me a serger for Christmas. I was pleasantly surprised. I hope to work on some new doll clothes very soon. I am looking forward to working on doll related things this year and have started working on rooms for my new story involving my Society Hound Barbie who is now Penelope Elizabeth Winthrop Carter. Her husband disappeared 2 years ago. She had 3 adult children, one brother and one sister. Their family owns a major hi tech company which employs a lot of the people in Hanaly Corners. I am working on sets for the first installment of their story. I hope you will all enjoy it!

I am looking forward to 2015 and all the new dolly related things I have planned. Here is hoping that 2015 brings all of you good health and happiness and more dollies of course!